Campfire cooking requires few tools however sometimes you need more. Many people (myself included) would consider the campfire a key element in their camping experience.

It keeps you warm at night and mesmerized by dancing flames, but it is also a versatile tool in the camping experience.

However, you need tools to use this tool (kind of like how you need a compressor to operate a rattle gun), and so I bring you a selection of my all-time handiest pieces of campfire equipment.

It’s as Aussie as the swag or the good old drover. In fact, you would probably have found a billy can roll up in a swag upon a drover’s back when our country was being pioneered.

The epitome of Australia right there! I’d recommend grabbing an enamelled or stainless steel one with a wide-open top and a spout on the side. With a spout, you can boil water for tea, cook your canned stew or boil your veggies.

They’re both the same thing, just different names. A 10-inch model is a good size to start with and you can cook a mean roast, stew, damper, bread, desserts and, well pretty much anything you’d cook in your oven at home!

You can get a cast iron model which is cheaper and easier to control the heat in, or a spun steel oven which is lighter but costs more and needs precise heat control.

It may be heavy, but cast iron is such durable stuff! The extreme heat from the campfire can quickly ruin non-stick coatings on those fancy pans, and plastic handles…well, I don’t even have to say. The worst that can happen to your cast iron is that it gets too hot and your food vaporizes the moment it makes contact.

They’re made to save your hands from the intense heat and molten metal welding, so they’re perfect for around the fire! You can pretty much pick up a burning log and not feel a thing, so you won’t singe your forearms either as they’re plenty long enough!

I used to think these things were good only for filling with baked beans or ham and cheese to make a toastie. Turns out you can put some of last nights roast in there and have a hot roast beef sandwich for lunch.

Or make Dessert Toasties as I did HERE; filled with banana, white chocolate and custard. Might sound weird but it tastes like something from the bakery! They sure do taste delicious when you’re doing some campfire cooking!

You can pick these up for around $60, or hunt around a bit and find a bargain. There are plenty out there.

All you do is build a small fire, fold the legs out from under the plate and put it over the fire.

A flat plate on one side, grill on the other side and all the fatty mess just burn away in the flames. Watch out for fat fires, I get these a lot!

You can get by without one of these, but it’s damn handy to be able to hang your billy over the fire without having to worry about it tipping over.

That’s what the tripod is for. They are reasonably lightweight and don’t take up a lot of space, especially if it’s a model with legs that fold in half.

This is a pretty versatile bit of gear too, so I’m getting hungry just thinking about all the food I could cook on one right now.

We’re talking marshmallows, sausages, kebabs and of course toast. Actually, if you can eat it, you can stab it onto one of these and roast it over the open flame. Oh, and it only costs like 10 bucks!

Its almost that time of the year where thousands of people in their caravans, motorhomes, and tents will be heading to the township of Millmerran for the Bi-Annual Australian Camp Oven Festival, this year it will be held on the 6th and 7th October and will include a diverse range of heritage-inspired activities such as bush…

I love how easy it is to cook camp oven roast chicken, it doesn’t have to be difficult, keep the flavors simple. This recipe was cooked on my Ozpig using the bottom heat from the Ozpig, and the top heat was using some heat beads that I got hot in the belly of the Ozpig… 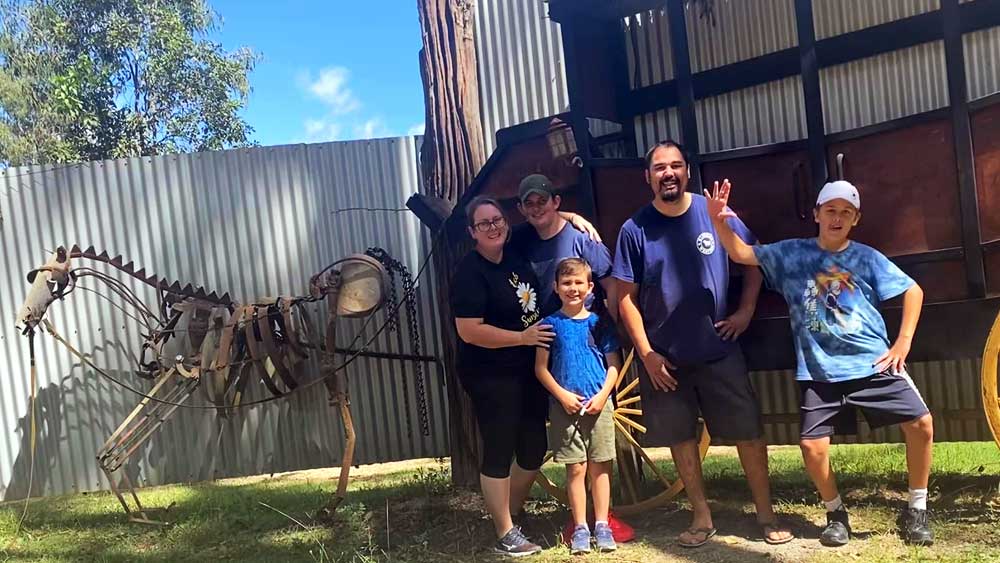 When Nick and I were known as the Cast Iron Boys, In 2013 we went to Cobb and Co Nine Mile Campgrounds to write an article about our visit for the “What’s Up Downunder magazine“. We used to write an article that included a tasty camp oven recipe. For us, it was quite fitting as… 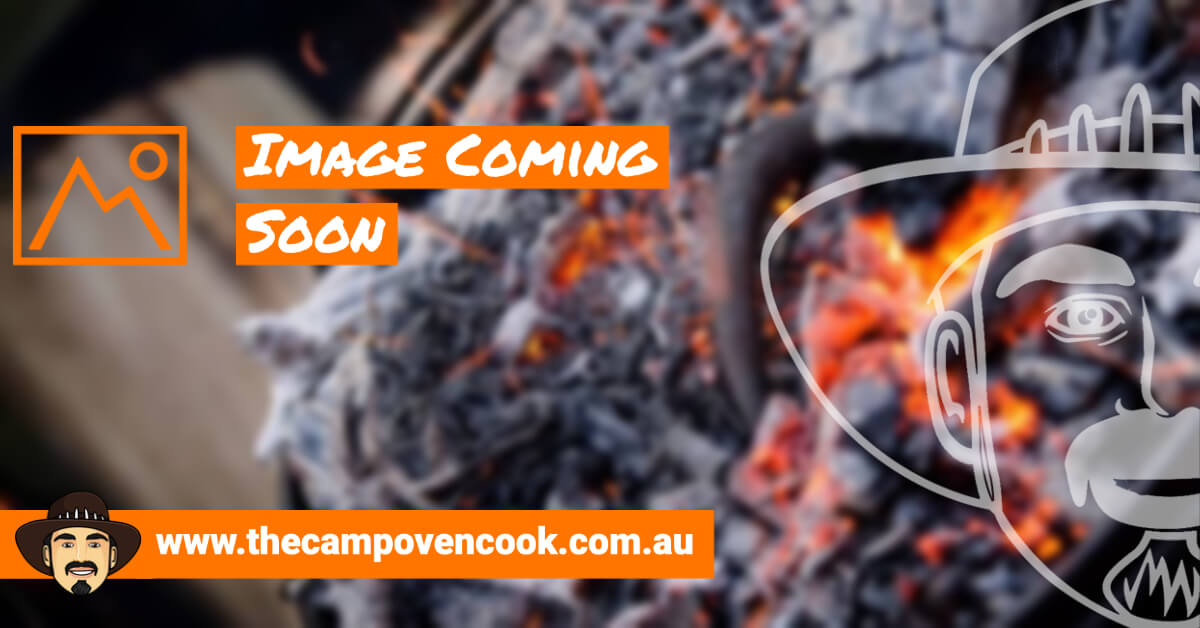 Gluten-free damper? It can be done! You can’t go camping without making a damper, it’s almost a tradition! But what about those who are intolerant to gluten?  Use the Gluten-Free Damper recipe base and add your favourite flavours. Here we’ve added the classic combination of Parmesan and onion.